Inspired by Judy Chicago, I’ve created a virtual dinner party: One category of my blog will be dedicated to honouring women who I want as a part of my soul community. Each woman at my virtual table has a lesson to teach, even if it’s simply to inspire us with her ability to hold greater aspirations for ourselves than we’d ever thought possible. Each one will be a manifestation of the Goddess, a Wise Woman, a pilgrim on the road of the Sacred Feminine. I want to share the wisdom of these women as part of my community of support.

No matter how many times I watch Breakfast at Tiffany’s, it remains one of my favourite movies. No matter how old I’ve been at each viewing, there’s always some aspect that speaks to me. Holly Golightly embodies so many facets of who I’ve been/ wanted to be/ am: 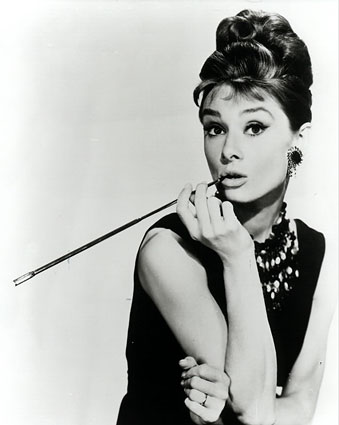 Plus, she rocks those Givenchy dresses like nobody’s business.

It would be such a treat to have her (as played by Audrey Hepburn) at my virtual Dinner Party, to remind us all of the lessons of life & love she learns every time we watch.

The first time you see Holly, you’d think she’d read Danielle Laporte’s The Desire Map. Even though she’s not sure what exactly she’s seeking in life, she knows what it feels like: quiet & proud (like Tiffany’s). If she “could find a real-life place that made me feel like Tiffany’s”, she’d lay down some roots and call it home. 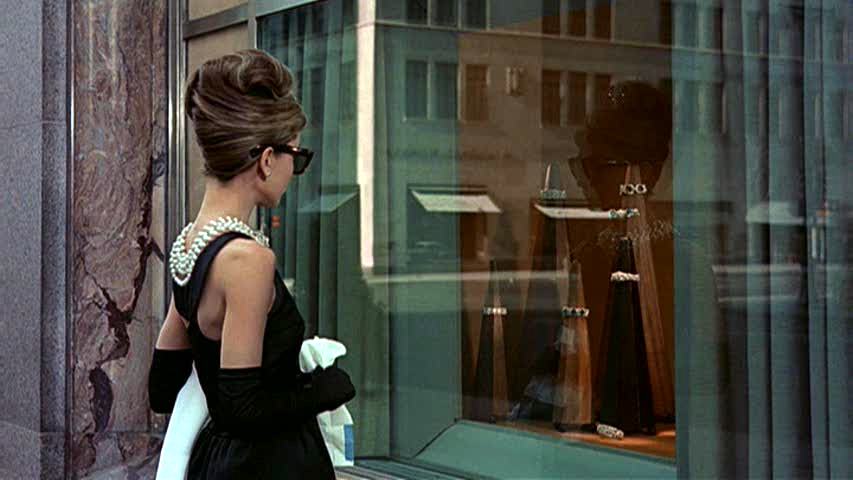 But like so many of us, by looking for that sense of home in the arms (and wallets) of ratty, rich men – in the externals – she bypasses what’s most important, and frankly, what’s right in front of her face.

Yet, despite her feelings, she just keeps letting her fear of going hungry or being trapped in a cage drive her decisions.

It takes a great deal of hard knocks, and some harsh words from the one man who wants nothing more than to love her, for Holly to realize that she’s “already in that cage.” Built herself as she runs from preconceived notions she holds true.

A cage built by beliefs that no longer serve her.

Lately, I’ve likened it to being a rat stuck in the same spot in a maze. No matter how many new techniques, different doors, or changes of mindset I try, in the end, I’m right back in the same damn dead-end.

It’s got a big blaring label called “I’m not enough”.

At any given time in my life, the maze might have been my weight or another health issue, work, a love relationship, or my relationship to money. Inevitably I’d get stuck in a rut of poor discipline, energy or motivation…frustrated by a lack of tools, or not sure how to use them. Like standing outside Tiffany’s with my nose pressed to the glass, but unable to grasp what I want.

As Jack tells Holly, “No matter where you run, you just end up running into yourself.”

Fact is, I keep ending up in the same place because I’m like those flies in the experiment who don’t realize the cap’s been removed. Somewhere along the way, I was told to stay in a certain box, and so I made darn sure to keep myself folded just so. To fit some old, irrelevant, outdated, false expectations I’ve held for myself, others have had for me…or that I’ve assumed others have had.

So, Life just keeps bringing moments and people and situations, in an attempt to show us that the lid’s been removed, the box is disintegrated, the maze has an escape route. They show up again and again, telling us to lift our heads slightly and have a look around.

For Holly, it was Jack. Constant, devoted, and carrying a Tiffany’s box in his pocket for months.

All she had to do was open the door to the cage and let the love in. 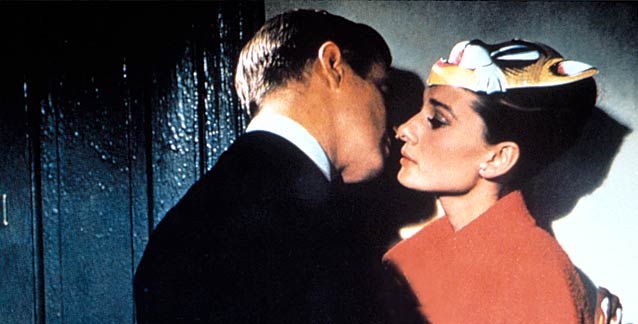 Where do you get stuck?

If you were to peer outside your own sense of confinement, what would Love be there telling you is true?

If you had a hand to guide you over the threshold, where would it lead?

(When you share your thoughts in the comments, you open the door of possibilities for others.)

If you’re ready, I can be that hand for you. Show yourself a little Love for the month of February: book a free 30-minute Free Initial Consult so I can show you what the world outside the jar is like.